The TV Show I Love 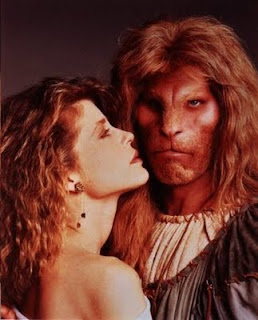 The television and I have always been close. As a kid, we lived out in the middle of nowhere and the few houses remotely close were childless. Both my parents worked a great deal, so during the school year I poured my own bowls of cereal, got myself dressed and down the long driveway to the mailbox where I waited to board the bus for my hour ride. In the summer, I kept myself occupied during the hazy stretch of days.

Naturally, I read a lot of books.

But I also watched a lot of television and have fond memories of a number of shows. A few, like Punky Brewster, are part and parcel with my childhood. I don’t think I’ll ever forget all the cartoons from back when Saturday morning was nothing but cartoons. The shows like The Cosby Show and Quantum Leap offered those rare times when the entire family sat down together and they remain among my better memories.

Though, it’s not all pleasant. A number of old shows I used to watch have been released on DVD. After a repeat viewing, they've been revealed to be utter pieces of shit. (*cough* 21 Jump Street *cough*) After the worst ones, I considered calling my parents to apologize for forced them to ever sit through any of that.

I suppose there’s a lesson there about how our tastes change; maybe even something about putting away childish things? Or, more likely, simply, the realization that some things should never be drug from nostalgia’s blissful mists and memory is really, despite all its assurances to the contrary, one lying motherfucker.

However, there are some shows that hit me on a deep level; either entertaining and exciting me or speaking to me in a way that shaped whole facets of my personality and my opinions. These haven’t lost luster after a viewing with adult eyes.

I still love anything by Jim Henson—The Muppet Show, Fraggle Rock, The Storyteller. If it can ever be said that I’m a decent person, not hateful or selfish or mean, Henson takes some of that responsibility. I’ll Fly Away, the sadly neglected masterpiece set during the Civil Rights era, informed my sense of drama. Alice will always remind me of my mother. I still want Tom Baker’s scarf in Doctor Who. The two brief seasons of Michael Mann’s epic Crime Story led me to pulp and hardboiled fiction and cemented my love of pompadours and sideburns. Not to mention the strangeness of Stacy Keach in Mickey Spillane's Mike Hammer with his period outfit and 50s era misogyny in a world that was obviously still 1985. The late night horrors of Friday the Thirteenth: The Series scared the shit out of me and gave me my first television crush on a woman, the lovely redhead who played Micki Foster (Alyssa Milano in the awful Who’s The Boss was the first crush on a girl). Monica, Rachel, Phoebe, Ross, Chandler and Joey still seem like old friends to me. And I chased the truth with Agents Mulder and Scully all the way to the end.

But if I had to pick a show, one show and only one, to write about it would be Beauty & The Beast.

Man, I loved that show. I never would have admitted it at the time. But I can now.

A case of mistaken identity leaves Catherine Chandler with her face slashed and her body dumped in Central Park. She’s rescued by a mysterious stranger and taken to a secret city far below the mundane world. In this sanctuary, this subterranean utopia; the castoffs, the forgotten, and the lost make their home safely away from the horrors of the metropolis above...

The stranger nurses her back to health.

When the bandages come off, Catherine's eager to meet the man who saved her life, who cared for her and read Dickens by candle. But the stranger is no ordinary man; Vincent is a beast. He doesn’t know where he came from or why his visage is so terrifying. As a child, he was abandoned and left for dead. Found by the man the citizens below call Father, he was taken down into the depths where everything has a right to live.

Catherine returns to her world. She leaves her high-priced law firm and joins the D.A.’s office. But Vincent can’t let her go. The two of them share a bond. And when her life is again in danger, he will risk his own by coming to the surface.

The first season of Beauty & the Beast was one part romance and one part crime show. The second season eased up on the criminal elementals, featuring more imaginative and character driven pieces. Regrettably, near the end of the second season the action took center stage in an attempt to increase ratings among younger, male viewers. The third and final season opened Catherine-less, featuring a new female lead following the startling and violent season finale.

The show was a wonderful mixture of different genres that managed not to come off as a half-assed. It dealt with all the "real" issues "literary fiction" tries to claim as its own, yet remained entertaining. It was imaginative and exciting. Well-acted by Linda Hamilton, Ron Perlman, and the under-appreciated Roy Dotrice. The superb effects were crafted by the FX Master, Rick Baker. Author George RR Martin served as story editor and penned some of the most outstanding episodes.

In college, I took a class on Shakespeare. The professor could got me the way Vincent did when he recited, "When in disgrace with fortune and men's eyes..."

Now, I'm not embarassed to admit that I love this show. Most dismiss it as just silly romance. It's not and, even if it were, what's wrong with romance?

Even if it has a lion's face.