Showing posts from June, 2013
Show all

What's Your Anger Mean? Anything? 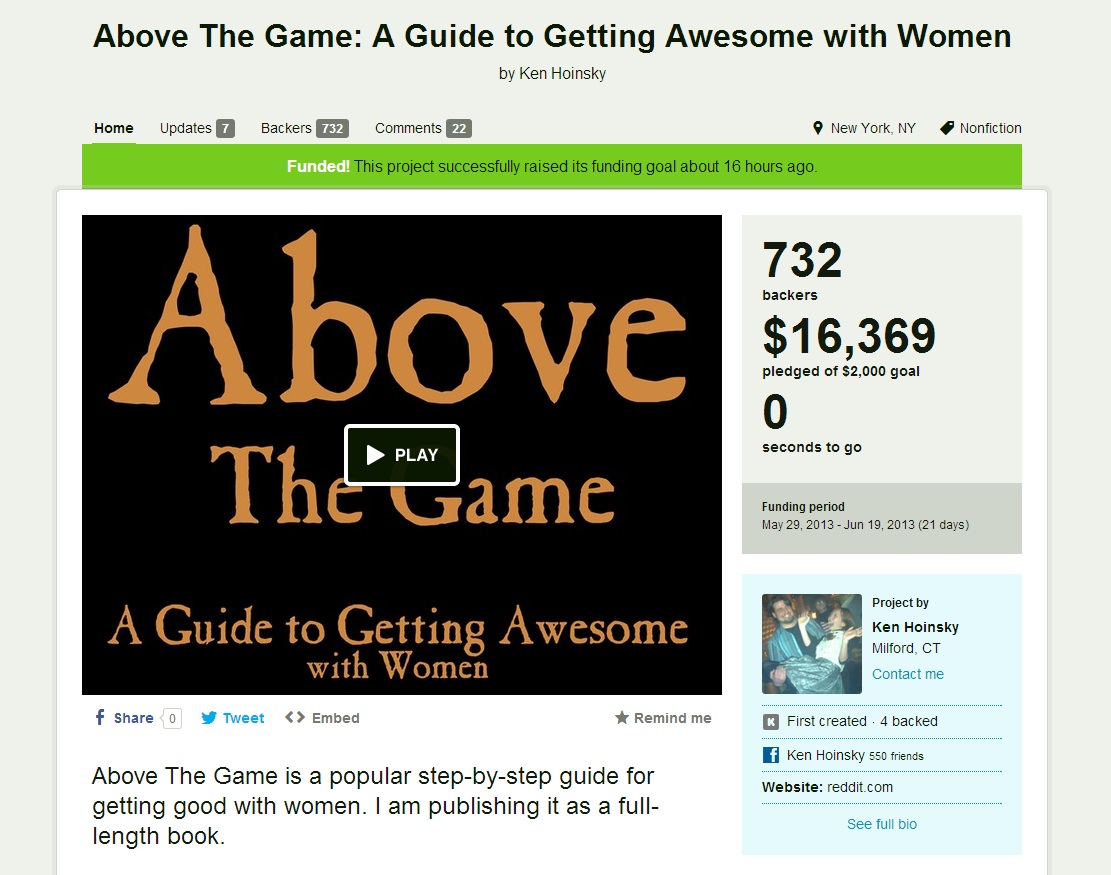 When word broke that a project called Above the Game: A Guide to Getting Awesome with Women , a seduction guide with advice that constitutes harassment and rape, was about to pull in over $16,000 ($14,000 over its fundraising goal) the internet erupted into righteous fury. I don’t know about you but all my social media was full of outrage. Almost as soon as they heard about it, people condemned it on Facebook, Google+, and Twitter. People were writing blogpost after blogpost. Kickstarter panicked and their panic lead to inaction.  After Ken Hoinsky got his $16K, Kickstarter issued an apology, banned seduction guides, and donated $25,000 to RAINN (Rape, Abuse & Incest National Network). * Now RAINN has started a campaign of their own...on Indiegogo. So the question now is: IS YOUR OUTRAGE WORTH MORE THAN A LIKE AND A RANTY BLOGPOST? *Should be noted too that Kickstarter will be able to write their donation off their taxes.*
Read more

- June 08, 2013
Okay, not much time left on the Hoods campaign. So here’s the deal-- REFERRAL CONTEST: As long as you're logged in with your Indiegogo account, the campaign page gives YOU a specific link that I can track back to YOU. Or, if you don't have an Indiegogo account, when you make a donation, for as little as a dollar, then the site gives YOU a special link that I can track back to YOU. So, start sharing. Once the campaign is over, then I'll take a look at the dashboard. Whoever draws the most people to the campaign, will get a signed copy of the book. If you've already ordered a copy, then I'll send you the poster; if you're already getting the poster, then I'll send you one of the pin-ups. If you're one of the two people in for the whole thing, then I'll come up with something else cool. Campaign Site
Read more 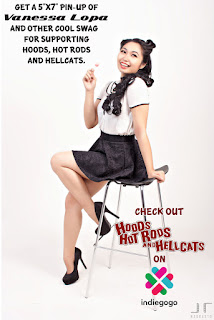 Sabrina Ogden was kind enough to let me ramble about my story in Feeding Kate. You can check that out right here , if you haven’t already. ______________________________________ Photograph by:  JR Madrasto. The campaign for Hoods, Hot Rods, and Hellcats is still cruising along. You can visit it and donate here , and check out my short interview by Paul Brazill here .
Read more
More posts