Showing posts from January, 2012
Show all

- January 27, 2012
I’ve been a ghost. Here’s why: The Simon Rip Novella Four or five years ago, I wrote a novel called The Paperback Girl , a period P.I. story set in Las Vegas. I sent it off, had some nice things said about it, but no one took it...because it was terrible—just fucking awful. When I got the last rejection, I realized I needed to put longer things aside for a while. There was a lot I knew I needed to work on before I would be ready to tackle something so lengthy again and be more successful. After writing " Darkling In The Eternal Space" and " The Last Painting of Hawley Exton ,"  I knew I wasn’t finished yet with Simon Rip. Returning to science fiction/fantasy—my first love—would help break me of some of those lazy short-cuts I felt I had been taking with my crime fiction. More than that, there were exciting stories still to be told about David Cranmer’s time cop. I believed in those stories enough that I knew I wanted Rip’s next adventure to be the work I really
Read more 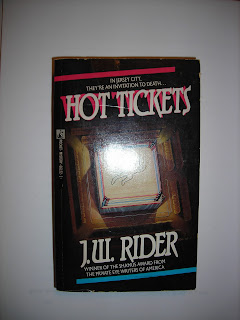 My copy of Hot Tickets. Shane Stevens wrote two pseudonymous novels under the name J.W. Rider. Jersey Tomatoes and Hot Tickets feature a private investigator named Malone, an ex-seminarian and ex-F.B.I. agent now in business for himself in Jersey City. They’re both decent novels, but despite the awards and the praise, including a cover-blurb from Frank Sinatra, they’re my least favorite of Stevens’ work. Yes, the first person narrative is engaging. Malone’s an interesting protagonist. Unlike a lot of his characters, Malone is funny and could have easily carried the series for several more books. Yes, even in such an uncharacteristic work as a humorous P.I. novel, Shane is still skilled at setting and brings Jersey City to life on the page. Yes, all his themes are still there: the bullshit that keeps us from connecting to another human being, a strong sense of moral justice, and the twisted shadow of the American Dream. But-- The problem is Stevens builds each book along
Read more 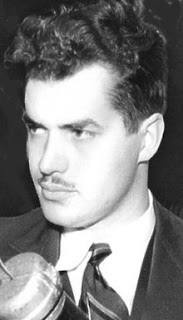 Here's your second clue to the plot of Simon Rip's next adventure:
Read more

Snakes In The Briar Patch 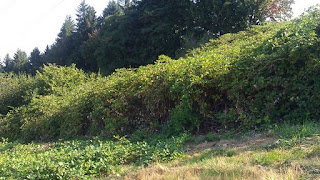 Last night I opened the fridge in search of a snack and saw the carton of blackberries I bought at the grocery. I washed a handful and ate them standing at the kitchen sink while staring out our old casement window. The security light hadn’t kicked on yet, so it was dark outside and lonely. As I stood there eating the tart fruit and feeling the seed grit between my teeth, I remembered a briar patch of berries once grew next to the tin-roofed barn at my parents house. In late June or early July, we’d walk through the old farm gate and across the field, all of us together, to pick blackberries in the summer heat. My mother warned constantly of snakes, but my brothers and I didn’t care. We just tried not to prick our fingers on the thorns as raced to fill our baskets. I remembered my stomach usually hurt by the time we were done. I ate more berries than I picked, though I knew once in the kitchen my mother would rinse them off and give us a bowl of sugar, and we’d sit at the table and
Read more 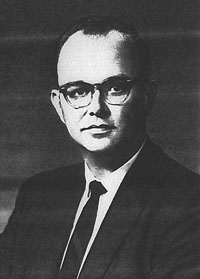 A Rip Through Time is now available for the Kindle . A week ago, I sent David a 35K novella called In The Clear Black Fields of Night . If you're curious about the plot for Simon Rip's next adventure, here's your clue:
Read more

Early last month I had the pleasure of reading Heath Lowrance’s Miles To Little Ridge . It was the first story written by another author using characters from Edward A. Grainger’s western series. Any fears about other writers using Cash and Gideon were put to rest by Lowrance’s superb effort. Well, today marks the release of the first novel featuring The Outlaw Marshall. The news of a full-length adventure gets even better when you see who wrote it. Manhunter’s Mountain comes from none other than Wayne Dundee. Man, does the product description on Amazon entice: Manhunter's Mountain shows a powerful side to Cash Laramie as he makes his way down the side of a mountain with a prisoner in tow, and two prostitutes eager to flee a mining town that's gone bust, looking to make a new life for themselves. An early winter storm promises to make the journey more than a normal struggle. And, leaving town with two of its most precious gems, the prostitutes, puts Cash in the crossh
Read more

Shane Stevens's novel Way Uptown In Another World is one of the most beautifully written books I've ever read. Every now and again, I'll pick up my very battered and very old copy from the shelf and re-read a chapter. This morning I, again, came across one of my favorite passages: “Soon the sun will shoot itself full of holes and lay down dead in the west, while Zulu night comes to suck out my eyeballs, leaving me only the soft slurp of black blood to tell me I’m alive. I stand up, trying to see myself in the windowpane but there’s no reflection. I’m invisible. I’ve got shape and mass but I don’t cast a reflection. People see me but they don’t really see me.”
Read more 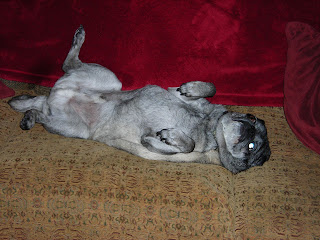 Killer The Pug understands relaxing. Not looking forward to going back to work tomorrow (I've been off since the 23rd of December). I really need to figured out how I can stay home and still get paid...but, seriously, I needed this break. Between personal stuff and work stress, I was feeling pretty damn beat. I took it easy during my vacation. I caught up on a lot of sleep and managed to sneak a few naps in here and there. Spent some time with friends from out of town. Read five Christopher Pike books (I still enjoy those--I admit it). Watched a good bit of Sons of Anarchy and re-watched the early 1990s Dark Shadows revival on Netflix streaming. However, I also did some writing. Yesterday, I finished the Simon Rip novella and sent the 35K adventure off to David Cranmer. I'm pretty happy with it. I wrote it with two specific goals in mind. First, I wanted to it be fun and exciting. It needed to move like a summer blockbuster. And, second, I wanted it to be full of int
Read more
More posts