Showing posts from June, 2011
Show all 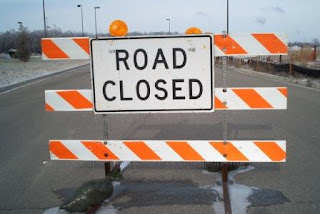 I've been working on two stories that I'm excited about. Think both are good ideas. Think I've executed what I was trying to do fairly well. The problem is: I'm stuck. Stuck on plotting. I had no idea how either one would end when I started writing them. I hoped as I wrote I'd figure all that out, answer all the unanswered questions. I bounced back and forth between them whenever I came to a tough spot and they were just flying along. Now both are grounded and I have absolutely no idea how to bring either one to a close. This is especially frustrating because one of them is a mystery —not a crime story, an actual mystery with clues and a puzzle to unravel. What do you do? How do you get through this? How do you move forward? Sometimes, I think it would be easier if I were an outliner or hardcore plotter who knew exactly what was going to happen before I ever sat down at the keyboard. Neither of those work for me. I think, I mull over, and then I go. Usually,
Read more 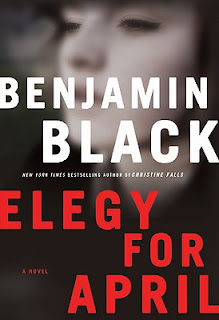 Found this at the library booksale this past Thursday. I'm not familiar with Black's work or the work he does under his real name, John Banville. I love the cover image and the title. The premise appeals to me: a man helping his daughter search for her missing friend. It seems, at first glance anyway, to be a crime novel that's not just about the crime. Those are my favorite kind and I'm looking forward to starting it next week. Anyone out there read Black before?
Read more 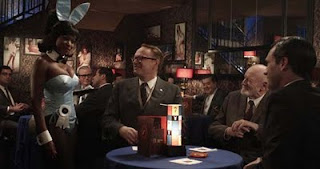 The obvious inspiration from Mad Men. NBC has been running a trailer for a new fall show called The Playboy Club . Set in Chicago during the early 1960s, it centers on the employees of, you guessed it, The Playboy Club. It vibes Mad Men —slick hair, thin ties, neat suits, drinks, cigarettes, coifed girls. A vibe even more blatant thanks to the Mad Men episode that featured the New York Playboy Club and introed Lane Price’s “chocolate bunny”— a plot that just sort of trailed away ( Mad Men always lets the racial plotlines peter out). NBC’s teaser trailer suggests big money, easy cash, murder, girls in skimpy outfits and illicit sex—as tawdry as network television can get away with. NBC is desperate to try to recapture viewers after the Leno debacle and this makes it clear. It’s like they’re  screaming— “Look! It’s like Mad Men !” “There are hot girls in skimpy outfits! Bunny outfits!” “Look! It’s different than Mad Men ! There’s crime! Maybe even murder!” I realize I hav
Read more

- June 19, 2011
The Watery Grave Invitational Winners were announced today. The Winners Congrats to Chris and Eric on first and second place. I managed third for the second year in a row. I am, if nothing else, consistent.
Read more 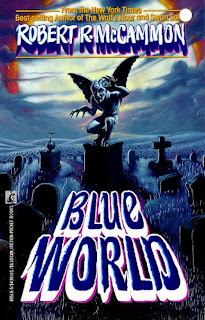 See what I mean? I’ve been re-reading Robert McCammon’s Blue World . It collects twelve short stories and a lengthy novella for which the collection is named. It’s not even close to compiling all his short works, but what it lacks in quantity, it makes up for in quality, representing the amazing breadth of his fiction. Sure, there’s some horror standards here and a couple of straightforward terror tales, but McCammon’s ability to write engaging introspection and tap into our shared human experience elevates even his most trite plots. However, the true standouts are when he abandons familiar horror territory and finds his own path. “Nightcrawlers” opens in rural Alabama during a raging thunderstorm. A Vietnam Vet stops at a roadside diner for a few moments of shelter and a cup of coffee to keep him awake. Staying awake is very important. Bad things happen when he falls asleep—terrible and unbelievable things. “Chico” is a sad tale of a special needs child’s quiet revenge again
Read more 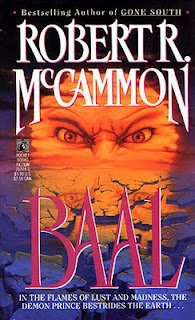 Until a couple of months ago, I was a voracious reader who devoured up to two novels a week. Recently, I’ve been lucky to eek out a book a month. There’s just too much going on. Some of it, I’ve talked about . Some of it, I haven’t. Some of it, I can’t. All of it, however, has left me tired and with very little free time. The extra grains I wring from the hourglass go to either writing or sleep. I have a confession to make. I actually don’t buy a lot of brand-new books. I don’t. I think they’re too expensive in pretty much every format. The only new books I buy are from authors I know I like. Instead, for new fiction I rely on the library. The problem is—I’ve had to return things before getting to finish them or I’ve kept them out too long. Both of which make me feel bad. It’s silly, I know, but it’s the way it is. Part of it is my over-developed sense of fairness—which often gets me in trouble. Another part of it is just the nature of suffering. I'll skip a large part of the B
Read more 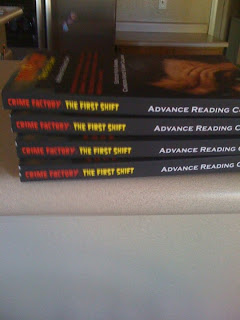 I'm in this. Looking forward to this finally hitting the shelves. Though it's been a long time since I wrote or read "The Method." Hopefully, it's not too embarassing.
Read more 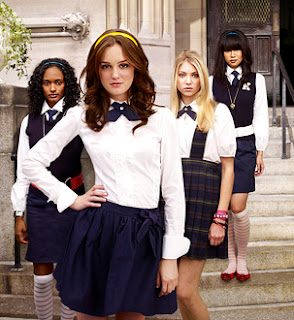 ﻿ These girls are catty. ﻿ Just got back from my lunch break. What I do is: I cut through the alley across the street from People's Park, stop in the little co-op grocery store that hides back there, and head over to the Public Library. There's some stone benches in the northeast corner with a decent amount of shade, depending on the time of day. I camp out, eat, read, smoke a cigarette (I'll quit soon I promise — it's the one vice I have left) and attempt to unclutter the brain mess. After finishing and sending off my entry for the Watery Grave Invitational, I quickly went back to work on two pieces I had started just prior. Alternating between the two has worked out well so far. I hit a wall on one and I jump to the other. I've been producing a decent word count on something every day without getting bogged down in my own headspace, angsting about word choice, plot points, or structure. The problem hit yesterday. I was mulling some things over and smac
Read more 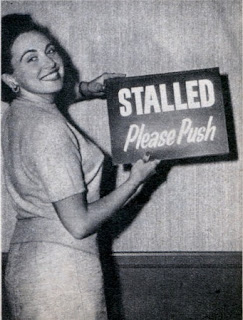 I’m certain we all have stalled pieces. Stories that never went anywhere. Unfinished novellas. Maybe two or three first acts of a novel. You know what I’m talking about—those great ideas you could never get to gel no matter how hard you tried and how many times you wrote and rewrote. Do they ever go anywhere? For you, I mean. Has anyone ever gone back to one of those promising but unfortunate false starts and picked it up again and started writing and everything just clicks and you’re thinking, Holy shit, why didn’t I think of this the first time? This morning I was paging through the file folder where I keep all the stillborns. I read a couple here and there (they still frustrate) and it occurred to me —I don’t think I ever have gone back to one of these successfully. I couldn't think of a single thing I’ve consigned to that region of hard drive hell that's ever made it back out for another breath. I usually chalk it up to my own inexperience; the idea is great but I’m jus
Read more

Excerpts From A Fractured Mind

- June 02, 2011
My wife is blind in her left eye. She’s been that way since she was a little girl when she lost her sight due to an illness. The procedure to save the eye itself left the pupil misshapen. I don’t think you notice it unless you look close. Even then the difference is so slight most people just think she has really interesting eyes. I still do and I know the truth. About two years ago, she started having terrible headaches. The headaches were centered on her left eye. Eventually the eye began to hurt. We went to see a specialist in Bloomington. He examined her, ran a number of tests and discovered the pressure was off the charts. High enough that if it kept rising her eye would burst. The doctor prescribed a retinue of eye drops and referred us to another specialist in Indianapolis. It was expensive. We didn’t have insurance. At the job I had, insurance was so cost prohibitive that I would have been working just to pay for it. I didn’t care about the money though. I just wanted m
Read more
More posts