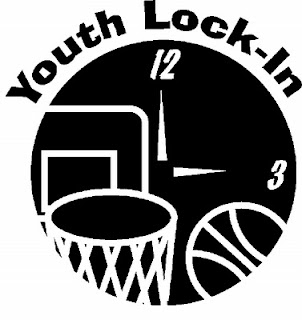 My story is below.

For the initial trigger pull that started this whole thing,vist Going Ballistic here.

The Veggie Tales blasted from the far side of the church where the youngest slept in their Transformer and Disney Princesses sleeping bags. Somewhere over by the snack table, Pastor Evans snored. Over by the pulpit, Old Lady Lawton sat in her Purdue chair knitting and farting with abandon. While the kid with the bowl haircut was in the toilet shitting again.

He had come for the pizza. His mother would never make pizza and she, sure as shit, wouldn’t stop and buy any.

Normally, as much as his mother hoped he would go, he hated these things and refused. But when he heard there was pizza at the lock-in, he asked for the five bucks.

He had hoped for Papas—either Murphy’s or John’s. Instead, Mr. Lawton showed up with something nasty and local. Cheap, cardboard boxes wet with grease. Pizza topped with ingredients that tasted like those awful canned mushrooms his mother bought at Aldi’s.

The kid with the bowl haircut had gulped down nearly a whole one all by himself. Harlan stuck with the chips and the vegetable tray, even though the carrots tasted dry and old.

He rolled over and noticed the lights.

His father had helped remodel the Church of John The Revelator after two years of donations bought new siding, paint, and doors. Harlan figured that was why there was a two and half inch gap between the floor and the bottom of the doors. But what he wanted to know is why a light burned in the storage room.

“One knit, pearl two,” she said to herself, her dentures sliding around in her pinched mouth. She farted again, as Harlan slid from under his green sleeping bag and crawled over to the door. He rose to his knees, opened the door and slipped inside where he found two of the Mayhair boys.

For the first time that night, Harlan prayed to God, thanking him for only two of the brothers being in the backroom. When the father wasn’t in jail, and the mother wasn’t giving birth to another Neanderthal-browed thug, or the whole clan wasn’t busy harassing the young women picking up their birth control pills, some combination of the male brood was terrorizing someone...somewhere.

“What the fuck do you want?” Josiah Mayhair wrinkled his pig nose.

“Isn’t it past your bedtime, Harlan?” Judah Mayhair cackled, laughter wheezing through his tooth gap.

I should have stayed out there with Old Lady Lawton. Geriatric gas was better than all the Mayhair—

“Who is it?” A soft voice asked from behind the back shelves stacked with the slate grey, folding chairs.

—except for Jodie Mayhair, the only one who ended up with a full, a very full, set of genes. She glided between her brothers and looked at Harlan.

“What are you doing?” He asked her.

Harlan didn’t correct Josiah’s math. He did say, “But this is a lock-in.”

Judah looked like he had just gotten a whiff of Old Lady Lawton. “Yeah, that’s where the money comes from.”

“It’s a lock-in—we’re locked in. They’re gonna know it was one of us.”

“That’s why, I’m getting out of here,” Jodie said. She looked at Harlan, “I almost got the back window open, but it’s painted shut.”

Harlan looked at Judah. “How you gonna do it?”

Josiah reached under his sweatshirt. “With this if we have to.”

Harlan stepped back toward the door, shocked at the full brunt of the sort of deadly stupidity found only in a boy so poor that in third grade he had to wear a blue Goodwill shirt with Debbie written across the front.

“Where you goin’?” Josiah asked.

“Making sure no one was at the door.”

Jodie sighed and disappeared behind the shelves.

“First, give me five bucks.”

“What the fuck for?” Josiah asked.

The Mayhairs looked at each other. Judah shoved a hand into his peg-legged jeans and pulled out a crumpled 5 dollar bill. “Here,” he said.

“One of the little ones?” Judah asked.

“But you don’t want to accidently shoot someone else, right.”

“If it goes badly, that’s get us all more time…in jail.”

Harlan looked at Judah. “If you’re the hostage, and we do get caught, you won’t press charges against your brother, right?”

They nodded…again. “So, what do you do?”

“I’ll stay here with your sister.”

Now, they both eyeballed Harlan.

“To get the window open—escape route.”

Harlan opened the door a hair. “Now, get going.”

When the Mayhair brothers disappeared through the door, Harlan locked it and leaned his head against it. He exhaled and tried to stop his leg from quivering.

“You’re not as smart as you think,” Jodie said.

“No?” Harlan stared at the grain in the door. A thick run of stain over a knot in the cheap wood looked like a face.

“Yeah,” Harlan said. “You know, we’ll have to explain what we were doing in here.”

“You got something in mind?”

Harlan closed his eyes again and prayed for the second time that night—Thank you, Jesus. “It is,” he said, turning around.