There, But For The Cape, Go I


Below, you'll find my attempt to score some free Gischler from Chad Rohrbacher. For details, go here. 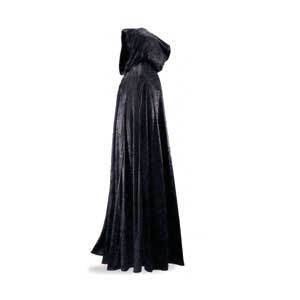 Before the meeting, I share a smoke with Joey, the kid who drank toxic goo. I don’t smoke, but no one else ever comes back here and stands along the wall by the medical waste containers with their view of the crumbling monolith of the Galt Housing Projects.

Joey chatters at me while he smokes. I can’t understand a single thing he says; it’s all gurgles and wet pops. But my being there makes him happy. He doesn’t know I’m not listening. That I’m looking for some sign of Dr. Athmos, the criminal mastermind expelled from the hospital two months ago for crimes against humanity.

Joey grinds his smoke out and we head inside. We share an elevator with Reggie and Polly.

Reggie fuses with his hair all the way down to the basement. Poor guy used to get 1000 dollar haircuts, but he squandered everything buying some scarab ring off eBay he thought would give him mystical powers.

It didn’t. It just turned his skin a little green on his forefinger.

When the elevator dings, I let Polly out first. She smiles and I can tell my little act of kindness makes her happier than she’s been all week. Poor girl spent millions of dollars trying to make herself look like Lady Wonder. She hoped looking like a superhero would make her one.

It didn’t and she’s still not even pretty at a distance.

Twitchy Tom is already in the room when we arrive. He sits in a chair near the front, the one underneath the big, glossy poster of Captain Swagger reminding us all that we don’t need powers to be super.

I pat him on the back and can feel his muscles jerking and bunching and twisting underneath his shirt. Poor guy fried his nervous system purposefully getting himself struck by lighting.

Someday, I might have Mr. Zoom tell him it ain’t what it’s cracked up to be.

Doctor Morrison walks in and we get started. We begin, like always, with his affirmation. A self-help mantra to remind ourselves that we have something to offer even if we can’t fly or see through walls or move planets.

When we’re done Polly starts. “I saw the photos in The Inquiry of Lady Wonder out with The Alien Detective. Her hair looked really nice…”

I know how it’ll go from here: what she’ll say next, what the Doctor will tell her, what she'll say, how Twitchy Tom will chime in, and when Polly will cry. I’ve been coming here ever seen Doctor Athmos’ experiments were discovered. The clues dried up two weeks ago, but I keep coming even though they all say the same thing and none of them seem to be getting any better.

Even if I told them, I don't think they'd believe how scared I was when my accident happened.

When we were out having dinner last Saturday, Lady Wonder asked me why I still bothered. “Isn’t it depressing? All those people who wanted—“

She looked away then and the hurt in her eyes cut me deeper than a blade of sharpest orichalcum. I wanted to atomized the table and scatter the molecules across the skyline in a blazing apology. Instead, I told her, “It’s another mystery.”

“Why someone would drink radioactive waste in the distant hope of garnering a super power?”

“No,” I told her. “Why me? Why me and not them? There were hundreds of rescue workers, cops, firemen, and soldiers there that day the Zathra'zi ship crashed north of the city and turned Triton Bay into steam. Most of them died. Either during the explosion or right after from Siegel’s Fever. But I didn’t--why me?”

“Do you have something to add, John?” Doctor Morrison asks.