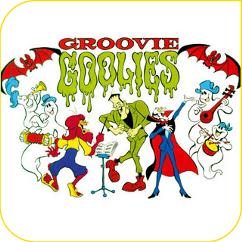 The Groovie Ghoulies took their name from an animated series called Groovie Goolies. The show was a spinoff of a spinoff: The Archie Show—Sabrina, The Teenage Witch—Groovie Goolies. In the cartoon, the classic, Universal Monsters were all hip and cool. And, naturally, being hip and cool meant that at least once an episode you found the time to play a catchy pop song.

If you remember the cartoon, you can grok the band. I love hardboiled crime and noir, sure. But some of my first loves were monster movies and bad sc-fi flicks with BEMs chasing girls in bikinis. The Ghoulies gave that to me, crafting lyrics about flying saucers, vampires, and werewolves, singing in fast tempo, pop-style melodies backed by punk guitar riffs.

I’ve listened and still listen to “real” punk rock: the Ramones, Stiff Little Fingers, Black Flag, Fugazi, Fear, The Sex Pistols, X-Ray Specs, Bad Brains, the Dead Kennedys, and all the others. When I was younger, I went to my share of basement shows and drank cheap beer and smoked too many cigarettes and listened to local kids playing with a lot of energy and very little talent. 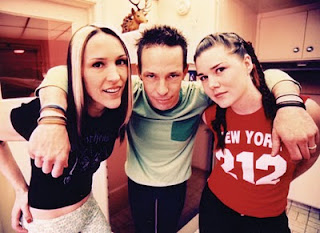 But I grew out of most of that and, besides, my weakness has always been for "pop-punk". I believe when it functions at its best there is an art to writing a good pop song. Regrettably, it's usually dismissed with the same air that some people dismiss poetry that rhymes. Both can and usually are done badly, but if you have the skill, there is nothing better. Plus, I've always liked melody and now, unless I'm in the right mood, I'd much rather hear something other than the lead singer screaming.

Even with the specific bent and subject matter to most of their songs, The Groovie Ghoulies excelled at broad-appealing, bubble-gum punk and worked their asses off to bring it to you. I was never disappointed with a Ghoulies show and I've always thought they were better than their well-known counterparts, Green Day and The Offspring.

Music has always been important to me and I wish I could share some heart-wrenching lyrics or post the link to some visually stunning music video or tell you a long story about something in my past that a Ghoulies song conjures up as clear as today. But I can't.

But, truthfully, none of that has anything to do with why I like the Ghoulies. It's all really simple. Sure, they may not have screamed, they may never have educated you about politics, or chronicled the beatings handed down by fascist, LA police officers, but what they always did was something just as important. 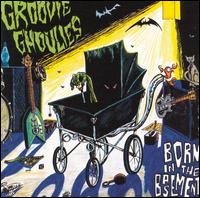 They make me happy.

They remind me it's okay to like weird stuff and monsters and girls in day-glo bikinis and reved up Chuck Berry covers and paint my nails and feel different and want to be different but not have to put a safety-pin through my cheek and scream threats to burn the trailer park down.

But beyond all that--they make me happy.


And isn't that really the best thing you can say about anything?