Tornado Relief Flash Fiction Challenge: Have You Ever Seen The Rain?

- May 06, 2011
A week ago, Daniel O'Shea offered a flash fiction challenge. A 1,000 word story with rain playing a pivotal role in the narrative.

For every entry, O'Shea will donate $5 to The Red Cross. A Lincoln to help out those devasted by the recent tornados.


You have to understand—she’s a smart girl.

She doesn’t see the boy she met yesterday, the first day it stopped raining. Unfortunately, enough daylight remained to steam the air to a sick swelter as college students swelled the streets. Nightfall, when it came, offered no relief from heat and eager crowds. 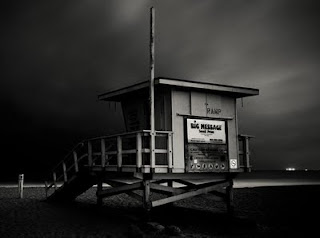 It was the first night she had really been out, but she didn’t make it long. It was too much—too loud, too packed, too hot, and too…gross. The few hours before she decided to walk back, she spent wondering why she bothered. Graduation was only months away. This money could’ve taken her to Europe.

When she left the bar, the boy fell in behind her, following her for five blocks in an uncomfortable coincidence of direction and pacing that seemed like stalking until he said, “I’m really not following you, I swear.” She looked back and he smiled. His front teeth were chipped and had never been fixed.

She thought he was cute, but not too pretty. Funny, but not too mean. Mostly, she liked the way he looked at her. Held her with his eyes—her, not just her tits. She loved the way he talked to her. He was the first guy that didn’t treat her like a carnival game—how many drinks will it take before her legs open! Come one, come all!

When he texted her twenty minutes ago, there was no question. Didn’t matter that it was raining again, that she thought she might be getting a summer cold, that the weather app on her phone kept beeping alerts.

She wanted a moment, an experience, something before life buried her under work and bills and distant unfriendly cities chosen for job rumors. She wanted to meet a boy before everything…settled. She wanted something she could hold inside for the rest of her life no matter how life went. A secret and private moment. A Nicholas Sparks’ moment of romance and longing and even heartbroken separation. She had thought college would give her that.

It and this were more Jersey Shore than Jane Eyre.

The wind picks up, wets her hair and whips it across her eyes. The temperature plummets and thunder rumbles, silencing the ocean’s cries as lighting furrows the sky. The rain hurts now. Thick drops that sting like plastic pellets shot by little brothers at big sisters. A chill runs up bare legs. Her feet are cold. She curls toes and presses polish into wet, spongy soles. She wonders if she should go back. She’s smarter than this.

She is, just not right now as she brushes damp hair from her mouth and thumbs her phone open to text, “wru@?”

A moment and then response. She wipes the screen clear and reads before it blurs: “undR lyfgard st8N.” She steps off the boardwalk and walks, head down, straight for the lifeguard shack and into the rain and the storm coming off the ocean.

Soaked and cold, she sits next to him in the damp sand. She touches his arm. His clothes are wet and thin. Her tummy feels warm. Her toes tingle as he looks at her and his eyes are night and darkness and storm. “It’s cold,” she says, not knowing what else to say and suddenly fearful she’s doing something silly with her mouth, she adds, too quickly, “Is this safe?”

“I think I did something wrong.”

“I think I might have killed someone.” His words stab and confuse. She almost says what even though she heard him perfectly. She starts to feel sick and incredibly small and alone sitting next to him, under the lifeguard station and in the middle of a storm, but he says, “Earlier…” That one word, the way he pauses, licks his lips and swallows like there’s something there that doesn’t want to go down, stops her. Stills her thoughts.

He continues, “I was heading over to your motel. I didn’t know if you were home or would want to see me or anything. But I thought I would stop by and maybe take the chance because I wanted to see you again and I had been thinking about you all night and through most of the day. I would have dreamed about you, but I don’t dream. At least I don’t remember them if I do, but if I did I think I would have dreamt you.”

What he said a few seconds ago—I think I might have killed someone—is gone.

“I was walking that way to your place. I saw them. A guy and a girl. Chick was trashed. Already. This early and she’s plowed. Couldn’t stand. Head rolling. Eyes glazed. Dude holding her, man…I could see he didn’t fucking know her. You know when it’s someone you know, you hold them differently.”

“Totally,” she says and in her head it comes out, kiss me.

“Over there.” He points through the cross-hatching of beams and it’s nothing but black wind and cold rain. “I don’t know what to do,” he tells her.

She looks into his eyes and then kisses him. He lips are soft and wet.

“I don’t know what to do,” he says again when she stops.

“The ocean is right there.” A rope of saliva stretches between their lips like a spider’s web.
“Okay,” he says.

She kisses him again before they climb from under the shack and into the storm, because things like this? They don’t have anything to do with smarts.