The Darkening of the Light 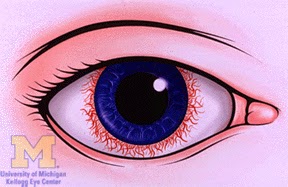 My wife didn’t have it easy growing up. Her mother was an abusive alcoholic who lived to torment her. A childhood surgery to remove a tumor growing on her left eye took her sight when it took the growth—she’s never been able to see anything with her left eye but changes in shadow and light.

Her mother died in a house fire twelve, almost thirteen, years ago—a single year after my wife and I were married.

Roughly five years ago, my wife’s sightless eye started bothering her. It felt irritated all the time, like something, a piece of grit maybe, was stuck in it. Then the headaches came. We immediately went to a doctor in town who promptly sent us to a specialist at an eye clinic in Indianapolis. A series of eye drops several times a day got her eye pressure under control and we hoped that was that.

Around two and a half years ago, while resuming therapy in an attempt to stop paying the emotional toll from her terrible upbringing, the lovely wife began having problems in her sighted eye. The eye felt irritated and the pressure was very high, causing a lot of headaches and severely blurred vision. This was aggravated further by the new addition of floaters. Back up to Indy we went. The specialist prescribed her more eye drops (I think she was on about seven different drops at one point, each with a multiple times a day dosage) while she underwent a massive battery of scans and X-Rays to screen for brain tumors and lesions, and nurses took pints of blood to test for hereditary diseases, STIs, rare Mediterranean illnesses, and even those scary parasitic and protozoal infections you can catch only from your cat.

All came back negative. 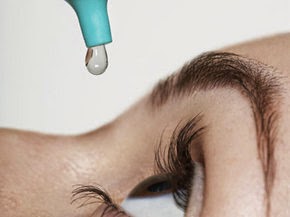 At a loss, the first specialist sent us to…another specialist. After couple of tests and a long time scouring her medical tome, he diagnosed her with uveitis—an inflammation of the uvea, the middle layer of the eye that feeds nutrients to the rest of the organ and also helps regulate the amount of reflected light inside the eye. He then ordered more tests to try to determine the ultimate cause, while adjusting her eye drops yet again.

The last two years have been lots of FMLA paperwork, frequent trips up to Indianapolis, more tests, a lot of changes in eye meds (a ton of different eye drops and several bouts of oral steroids), more tests, a lot of appointments with a new therapist, more meds, more tests, a brutal round of antivirals as a hopeful but unsuccessful chance treatment, and finally establishing a link between the uveitis and her immune system. With that connection in place, there was another round of steroids, more eye drops, a rheumatologist added to our stable of doctors, more FMLA paperwork, all leading to a hellish year that the wife spent sick and couch-ridden while taking a significant dose of methotrexate in an ill-fated attempt to suppress her immune system just enough to stop it from attacking her sighted eye.

That brings us to now. Now is paperwork. More trips to the therapist. Adjusting both our lives due to the significant changes in her vision. Organizing mobility training. More paperwork. And preparing for the frightening journey toward full dark.

So much of this has forced me to confront a great deal of the frightening and upsetting things we as sentient beings try our damnedest to avoid. I can’t even begin to list all the things that have taken me completely by surprise—I mean, I could write an entire book alone on all the ways I’ve discovered I take my own vision for granted and another on the seemingly insignificant behaviors that pose a very significant hazard to someone with severe vision lost.

But the one thing that really stands out? The one thing that has totally thrown me for a loop? I mean, absolutely just fucking sucker punched me in the face and then curb stomped me as a final fuck you?

So many people have vanished from our lives. Friends and family completely and utterly gone. Poof. That’s it. I mean, people that we saw nearly once a week, met for dinner, played cards with, and helped move, they’ve disappeared from our lives. Just gone. Family’s been the same way. Totally absent. Maybe the slightest bone toss now and again, but then usually only to alleviate their own conscience or offer some completely unsolicited and unhelpful advice that just shows how removed they are from the situation. Even the people we once spoke to daily online in very meaningful ways are now both a lot different and much smaller for us both.

I think we knew that as we dealt with my lovely wife’s chronic illness, struggled to adjust to her failing eyesight, there would be a lot of changes. But right now, this instant, this moment, today, I know we are both still floored by this. In fact, often, I check to make sure that it’s not just us. That we didn't do something. Commit some terrible error or slight that's earned us this cold shoulder. That in fact this does happen to everyone who suffers from a chronic illness or a long term disease. Friends and family disappear, leaving you with a much smaller and very different circle of support.

And it does. It happens to everyone. We run from suffering and sickness like we can catch it.

Honestly, nothing I’ve experience could have prepared me for this. Nothing I’ve gone through on my own. Nothing I’ve watched my wife overcome. And certainly, up to this point, nothing we’ve suffered through together. 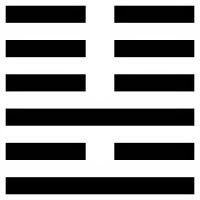 Even now, it leaves me so hurt and angry, feeling so utterly betrayed and, truthfully, so foolish—judging people’s character and their behavior is something I’ve always prided myself on; in fact, it’s a huge part of my day job—that I can’t even attempt to beguile you with any eloquence. It’s impossible to articulate. The emotion, the feelings, they're all so raw. None moreso than the loneliness.

Yet, I stop for a moment. And I breathe. I step outside myself.

If I feel all that? If I feel that alone and abandoned? How must my wife feel? She’s the one watching the world get steadily darker.