Elvis Died For Somebody's Sins But Not Mine 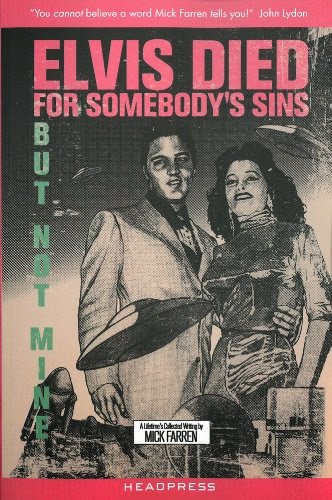 Mick Farren’s Elvis Died For Somebody’s Sins But Not Mine is a must-buy for any of his fans. If you’re curious about Mick and unfamiliar with the stunning breadth and depth of his work, it’s a great introduction to this now lost talent. Mick's last collection includes some of everything: bits of memoir, reminiscences, rock journalism, cultural criticism, political writings, interviews with everyone from Johnny Cash to Gore Vidal, song lyrics, unpublished fragments, blog posts, a sampling of his nonfiction books, and excerpts from his novels.

I purchased the book nearly a year ago, shortly after Mick died on stage in London. I’ve been taking my sweet time reading it. Whenever I finish reading a novel or complete a piece of my own writing, I’ll pick up Elvis Died For Somebody’s Sins and read several sections.

Yesterday, I came across this little gem from Mick that I absolutely related to:

“I have neither trusted nor desired power. At its most honest, it seemed to require oversized Greek pillars and a hollow marble echo to sustain itself, and, when it was less than honest, it was capable of about any atrocity. Routinely capable--which made it all the worse. I was never particularly attracted to the concept of power. Being expected to tell others what to do and order them around on a whim or a theory held no appeal. Quite the reverse. I have no desire to issue orders and even less to receive them. To separate the two would be hypocrisy. Fame I might cop to. I wouldn’t have minded being famous when I was young and had the lungs, but the idea of wielding power was a complete anathema.”