Unfortunately, the white moderate is still the problem. 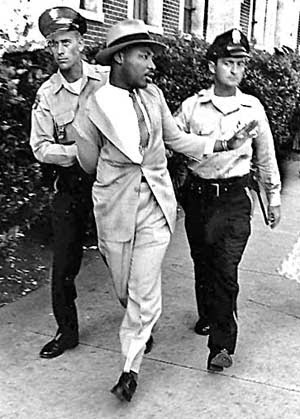 “First, I must confess that over the last few years I have been gravely disappointed with the white moderate. I have almost reached the regrettable conclusion that the Negro's great stumbling block in the stride toward freedom is not the White Citizens Councillor or the Ku Klux Klanner but the white moderate who is more devoted to order than to justice; who prefers a negative peace which is the absence of tension to a positive peace which is the presence of justice; who constantly says, ‘I agree with you in the goal you seek, but I can't agree with your methods of direct action’; who paternalistically feels that he can set the timetable for another man's freedom; who lives by the myth of time; and who constantly advises the Negro to wait until a "more convenient season." Shallow understanding from people of good will is more frustrating than absolute misunderstanding from people of ill will. Lukewarm acceptance is much more bewildering than outright rejection.”