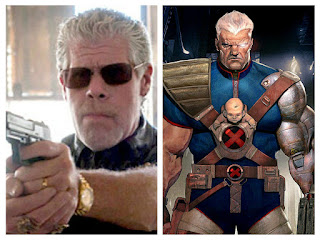 There was a badly photoshopped photo of Kiera Knightley as X-men's Cable going around a bit ago. And I think I had read that Stephen Lang really wants to play him on the big screen. I absolutely understand the appeal of changing a character’s sex and I’ve liked Stephen Lang since I first saw him in Michael Mann’s Crime Story years ago, but if it were me?

Go look at a picture of him scowl. Then imagine him in his gruffest voice saying, "Bodyslide."