Between the day job kicking my ass and my wife having a uveitis flare-up, I've neglected the blog in particular and social media in general. However, I do have another piece up today at Disinformation, a story in next month's Lovecraftiana, and some Shane Stevens news to report soon.


Read The Need to Challenge Power 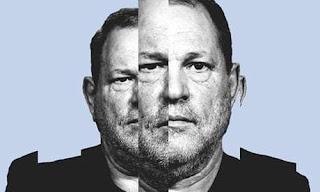 Netflix and Apple are both in talks to purchase MGM. Not surprised by this in the least as the studio has released less and less original content since they dodged bankruptcy back in ‘86 by selling most of their back catalogue to Turner. Mostly they’ve gotten by on the franchises they own the rights too. Like James Bond. I personally hope Netflix lands it. Not only are movie theaters dead but I'd like to see what they do with Bond as I believe the producers really need to take a minute and consider how they should go forward with the series. The latest Bond film has been a debacle. Over budget. Over schedule — Craig hurt himself again. Shooting most of the time without a script. And now the release date is delayed almost a year because they’ve spent so much on the film, it has to have a theatrical release to break even. Also, the Craig Era is, I think, the worst James Bond era. Not because of Craig--he’s a fine Bond and the most athletic and badass feeling. He looks good in a suit
Read more